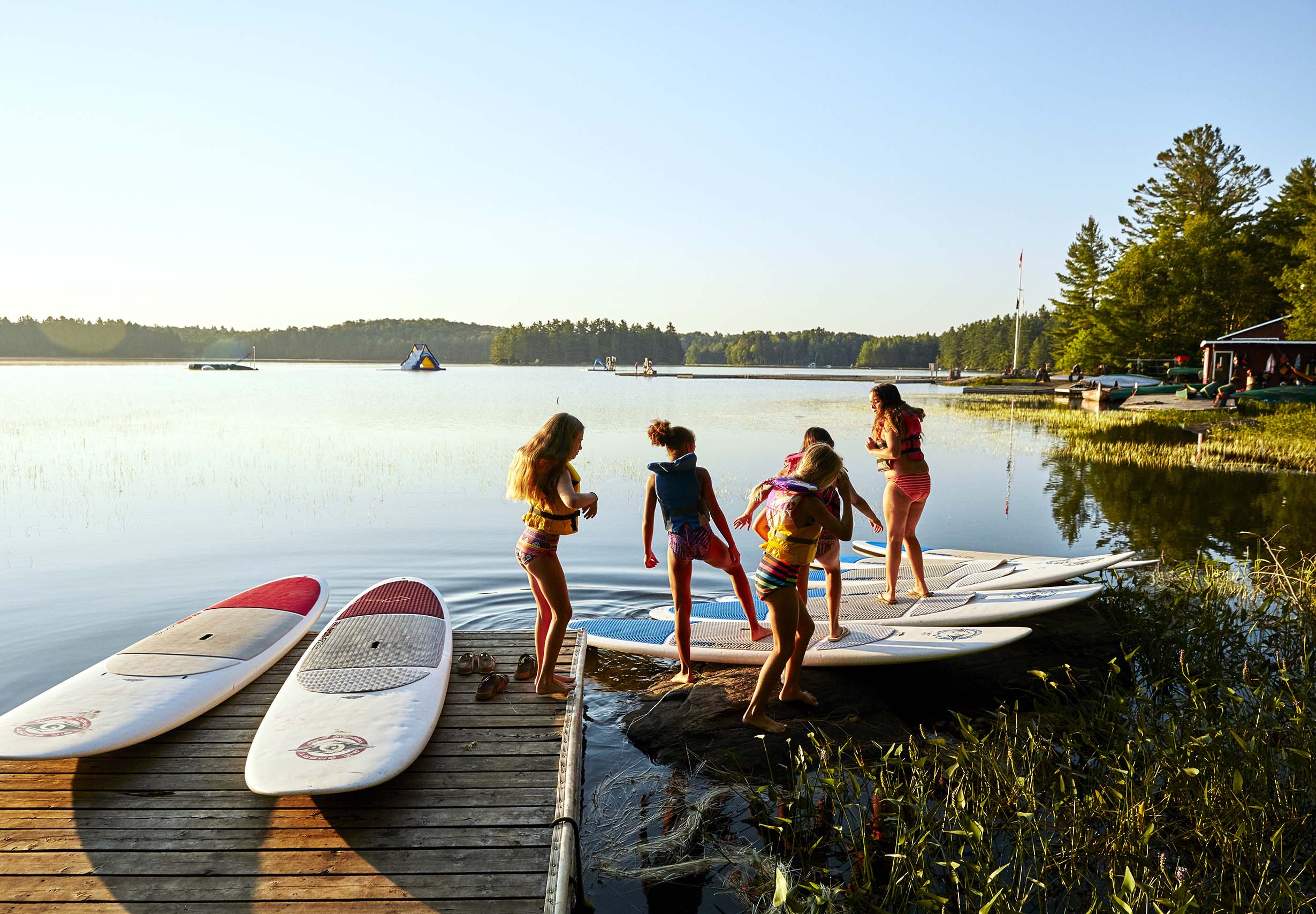 Case Study
“Aegis immersed
themselves in our culture.
They lived camp in its
most authentic way.”
Camp Kandalore

Colin Leonard stood at the edge of Lake Kabakwa, water lapping at his feet, the heat from a bonfire warming his face. Tea-lights lined the pathway down to the dock, and dozens of campers clustered quietly together, the flames lighting up their faces in the night. Two paddlers in canoes rounded a bend, and one of them broke into song, the melody floating clear across the water to the campers on the shore. It was the way the camp said goodbye to its campers each session, a long-standing tradition at Camp Kandalore and one Leonard had witnessed for years. It moved him every time.

Leonard knew Kandalore needed a new website, one that showcased its rich culture and camaraderie. To him, Camp Kandalore has always meant family. And he needed an agency that understood that.

When Leonard began to reach out to agencies, he was struck almost immediately by Aegis’s approach. “We could tell that their primary focus off the hop was understanding us,” Leonard says. “Not in a send-us-your-literature kind of way. They immersed themselves in our culture. They lived camp in its most authentic way.”

We knew that chronicling the spirit of Kandalore meant capturing its nuances from every angle. Our team, alongside photographer Sandy Nicholson, spent stretches of summer days at camp. We spoke for hours with campers, parents, staff and staff-in-training. Here was a place where even the most nervous of kids felt immediately at home away from home, a place where everyone was family and everyone belonged. That research helped to inform our vision and breathe life into Kandalore’s values online. A small crew shot photographs and video simultaneously, and another member of the team walked around excitedly with a microphone, recording birds chirping, campers laughing, and leaves crunching underfoot. “From being challenged to pushing yourself to leading by example, camp is about mental strength,” Nicholson says. “We wanted to show that.”

The camp’s rituals struck Nicholson deeply, the way campers and staffers embraced and built upon its traditions. They returned year after year to ensure the continuity of those rituals, aware of their role in building something greater than themselves. “Even the songs they sing, these are songs that get passed down from person to person. The songs stay in the same place—the people come in and grow all the way through this experience,” he says. 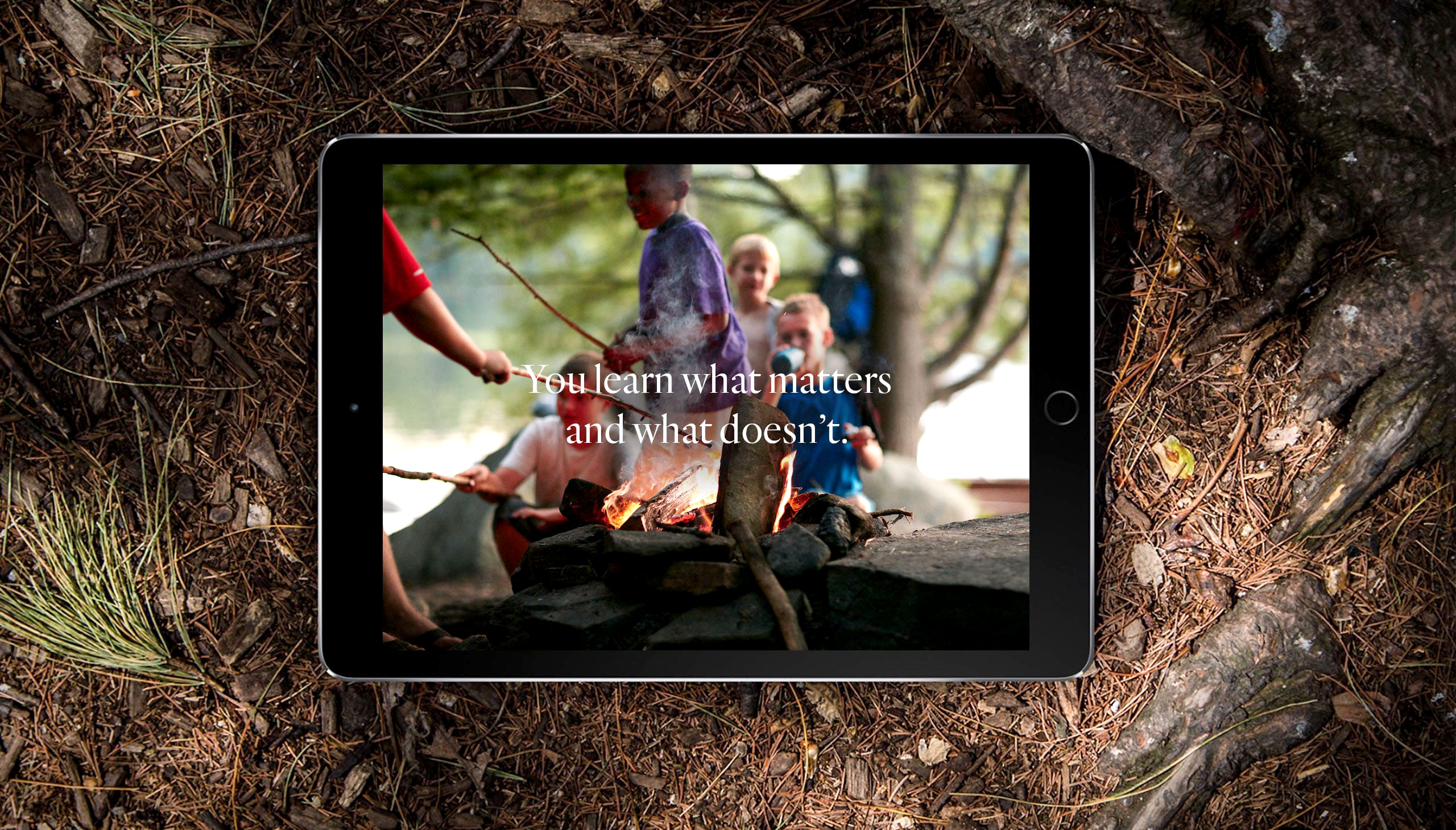 Ultimately, the website reflects what defines Kandalore best: its cultural significance. The camp’s roots are proudly represented, from painted paddles used on past expeditions hanging in the dining hall, to the scraps of paper inscribed with campers’ favourite memories and set alight in the season’s closing campfire. We wanted to illustrate what connects its campers to this community and the nature that surrounds it. To showcase what makes Kandalore a family. “Aegis expressed what a day at camp really feels like on a single webpage,” Leonard says. “It was incredible.” ⬤ 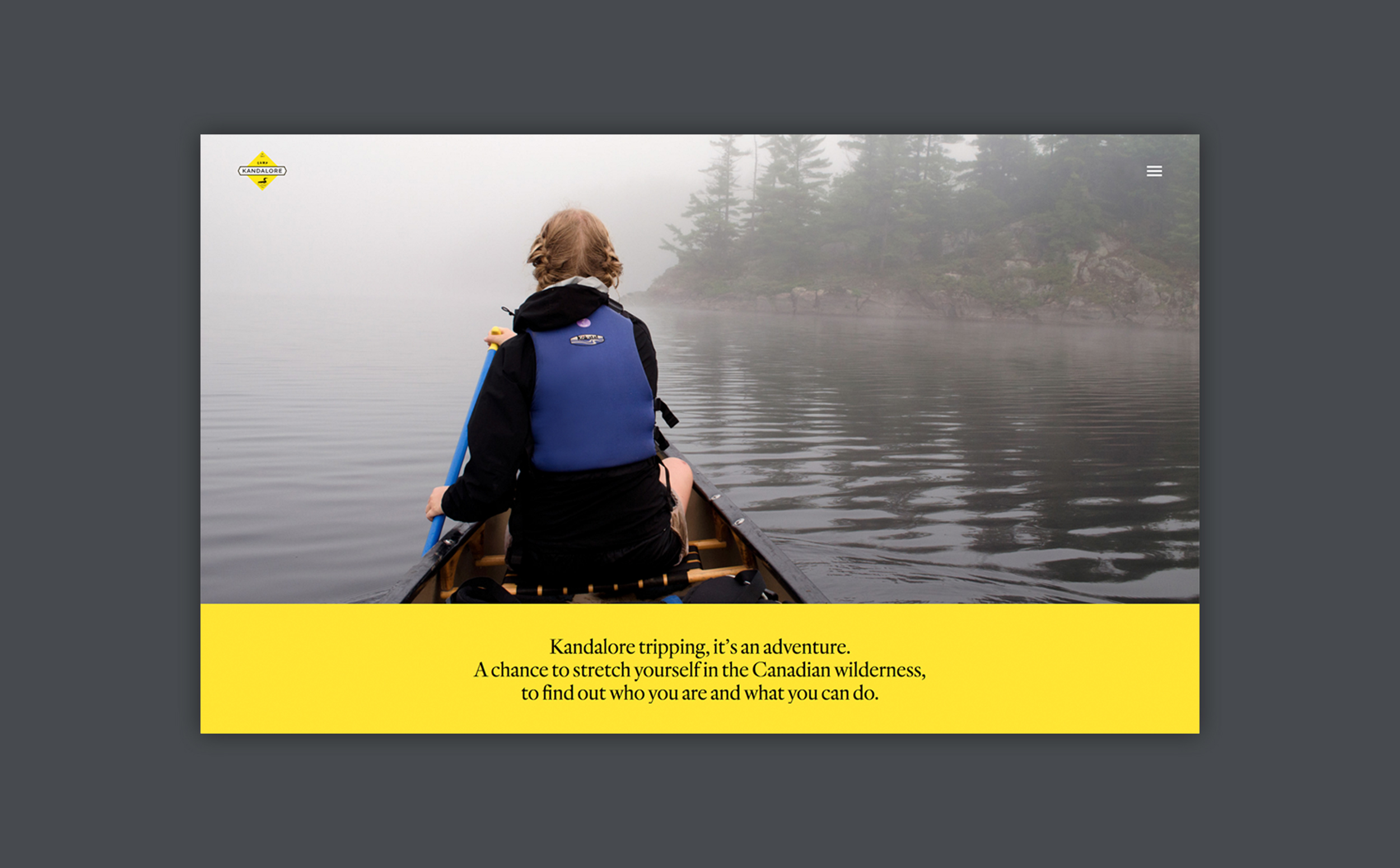 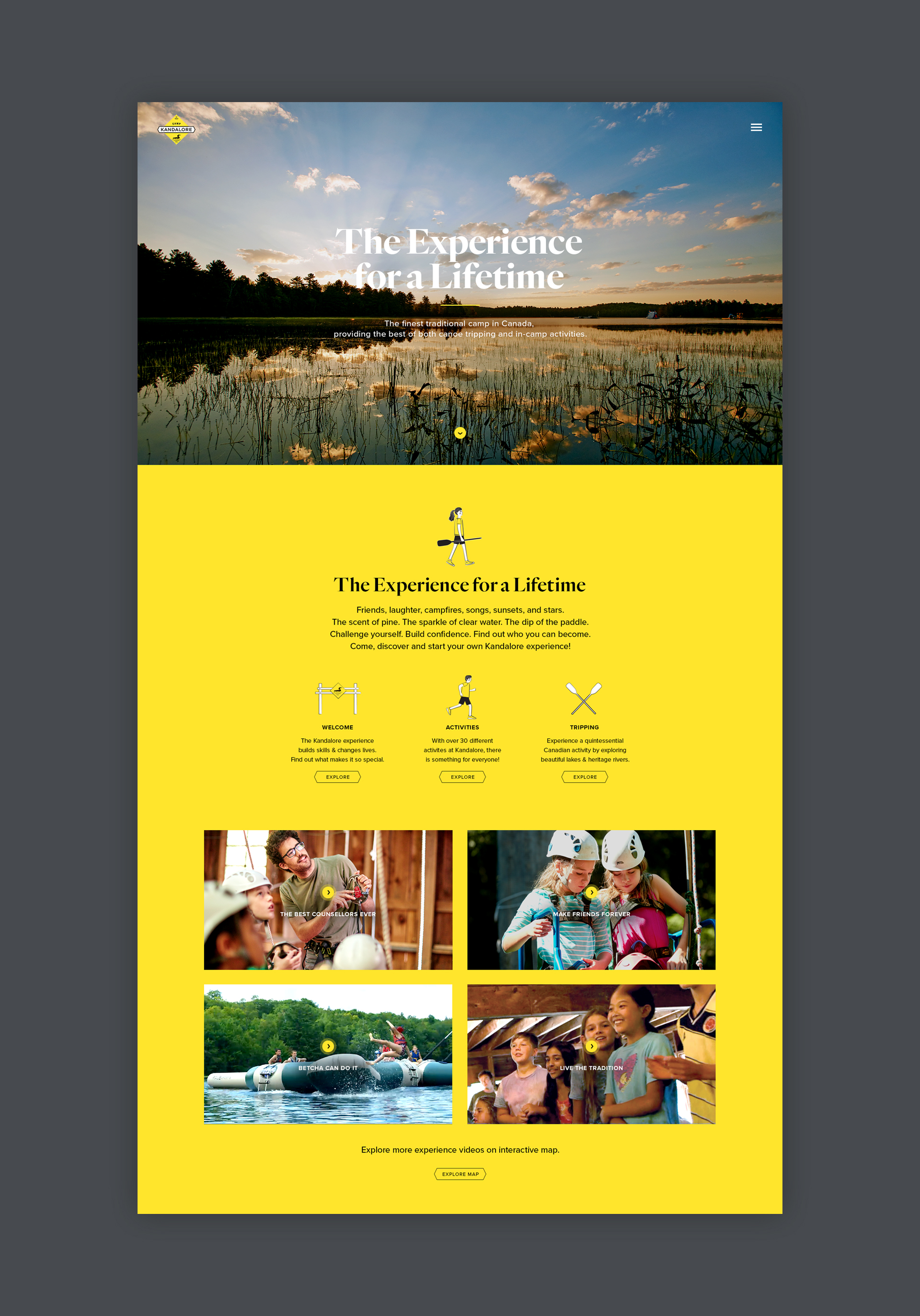 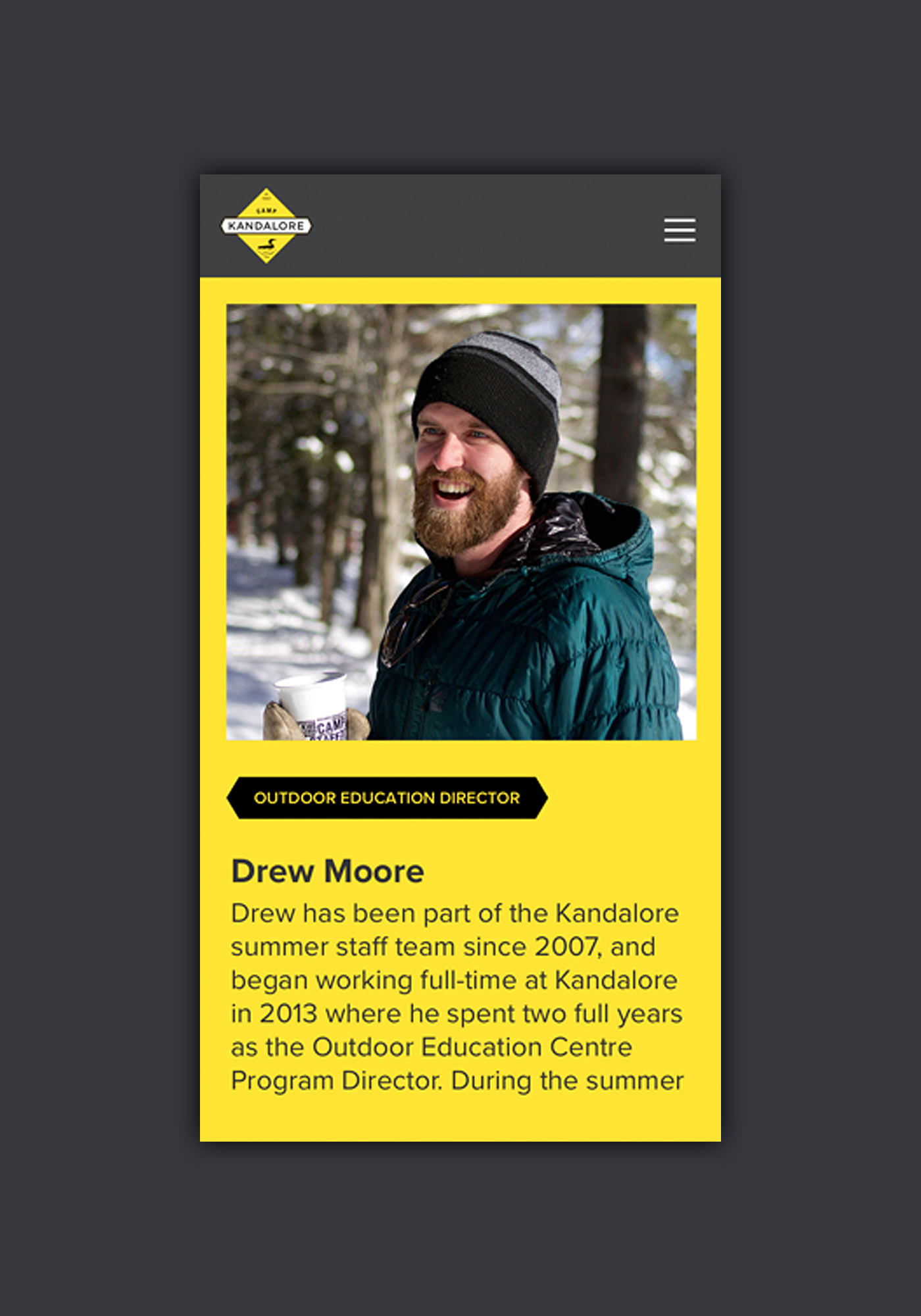 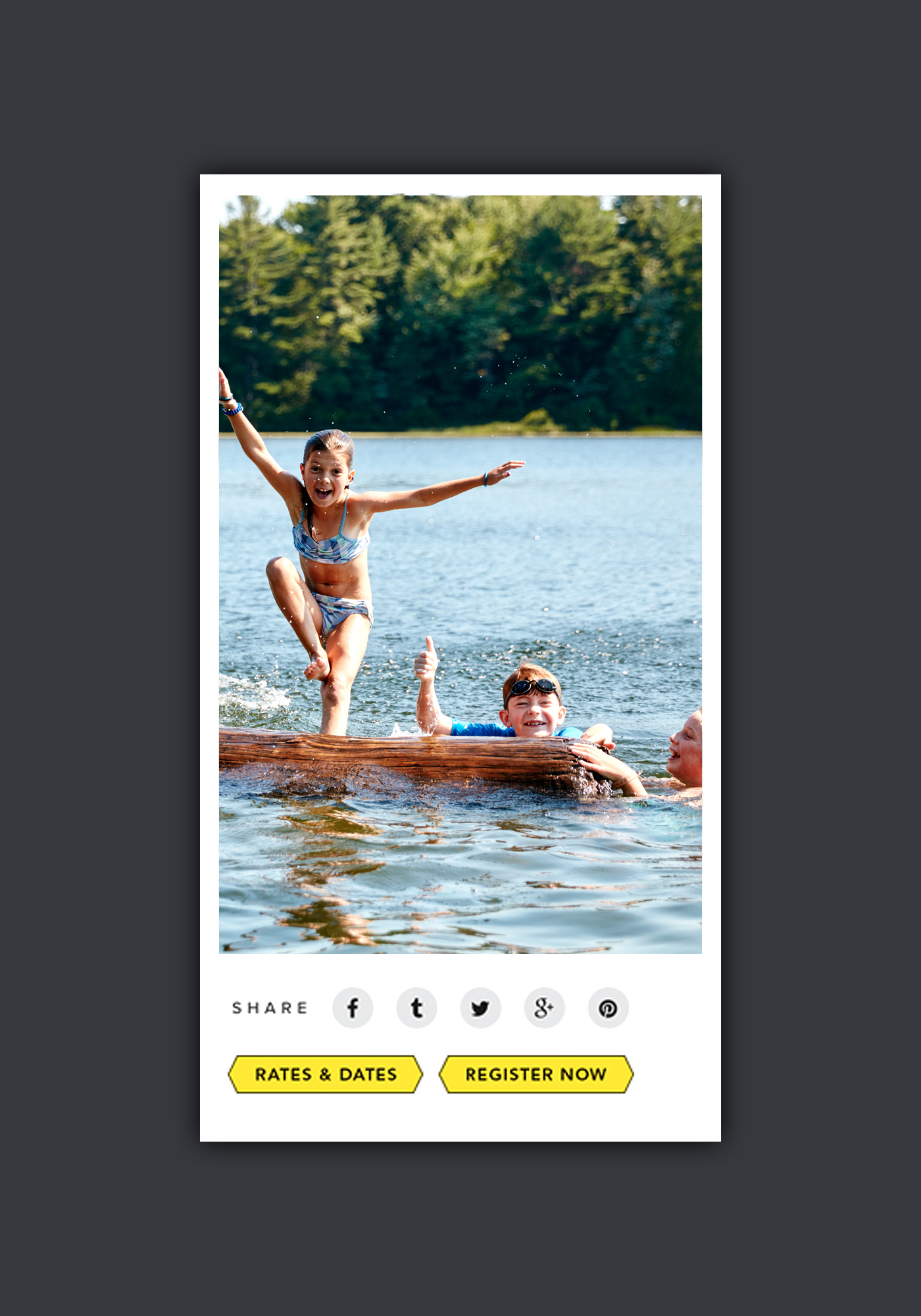 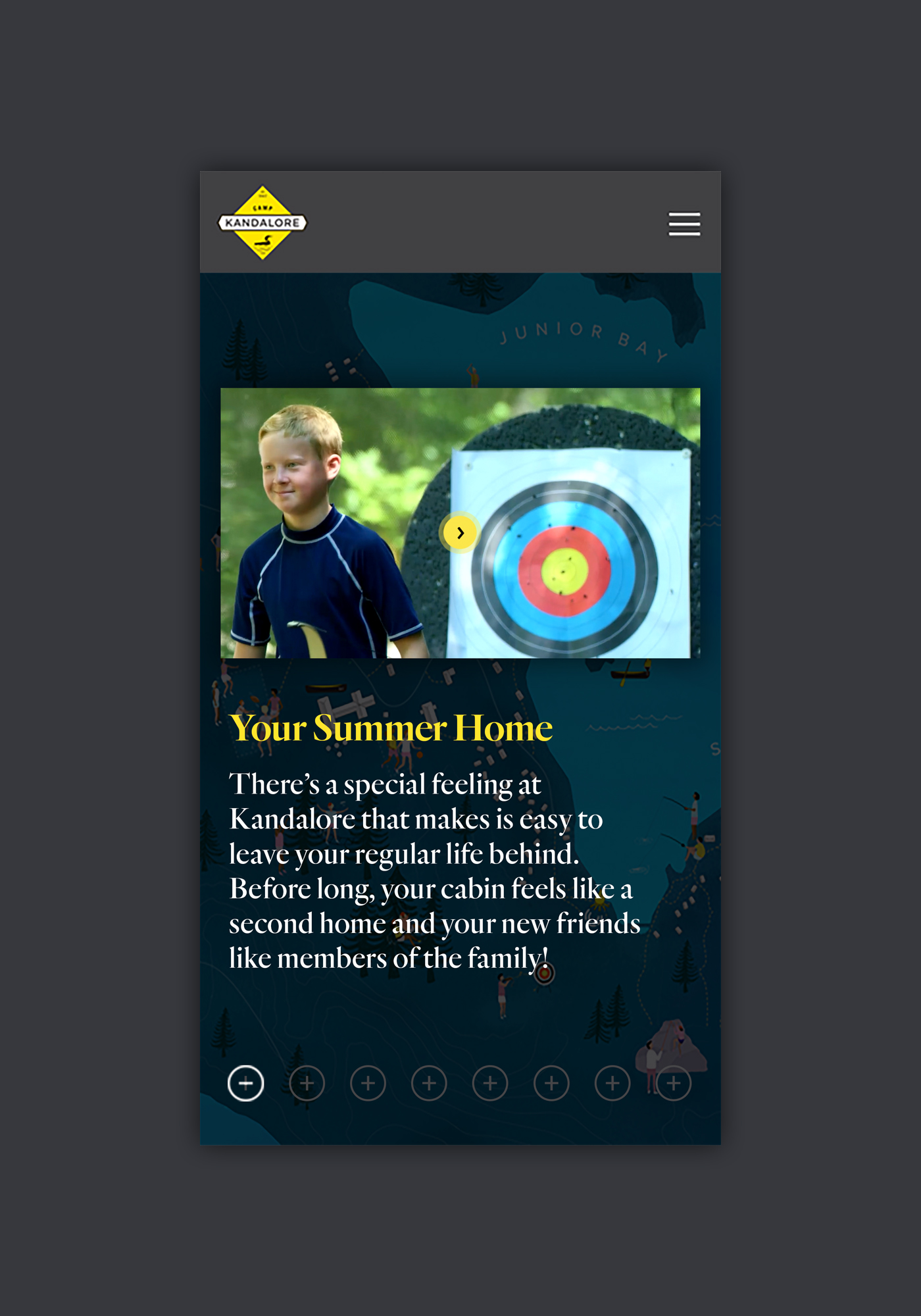 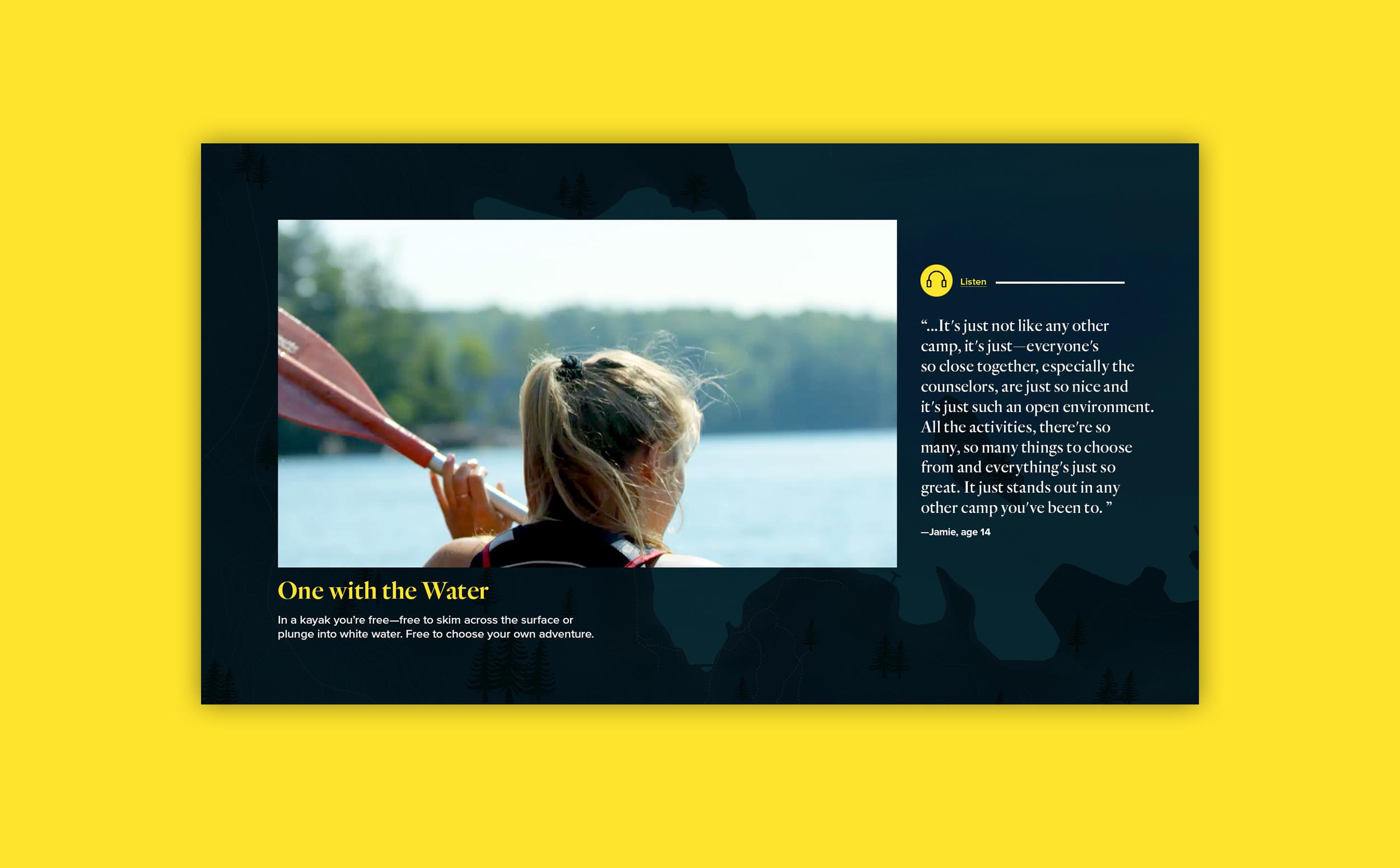 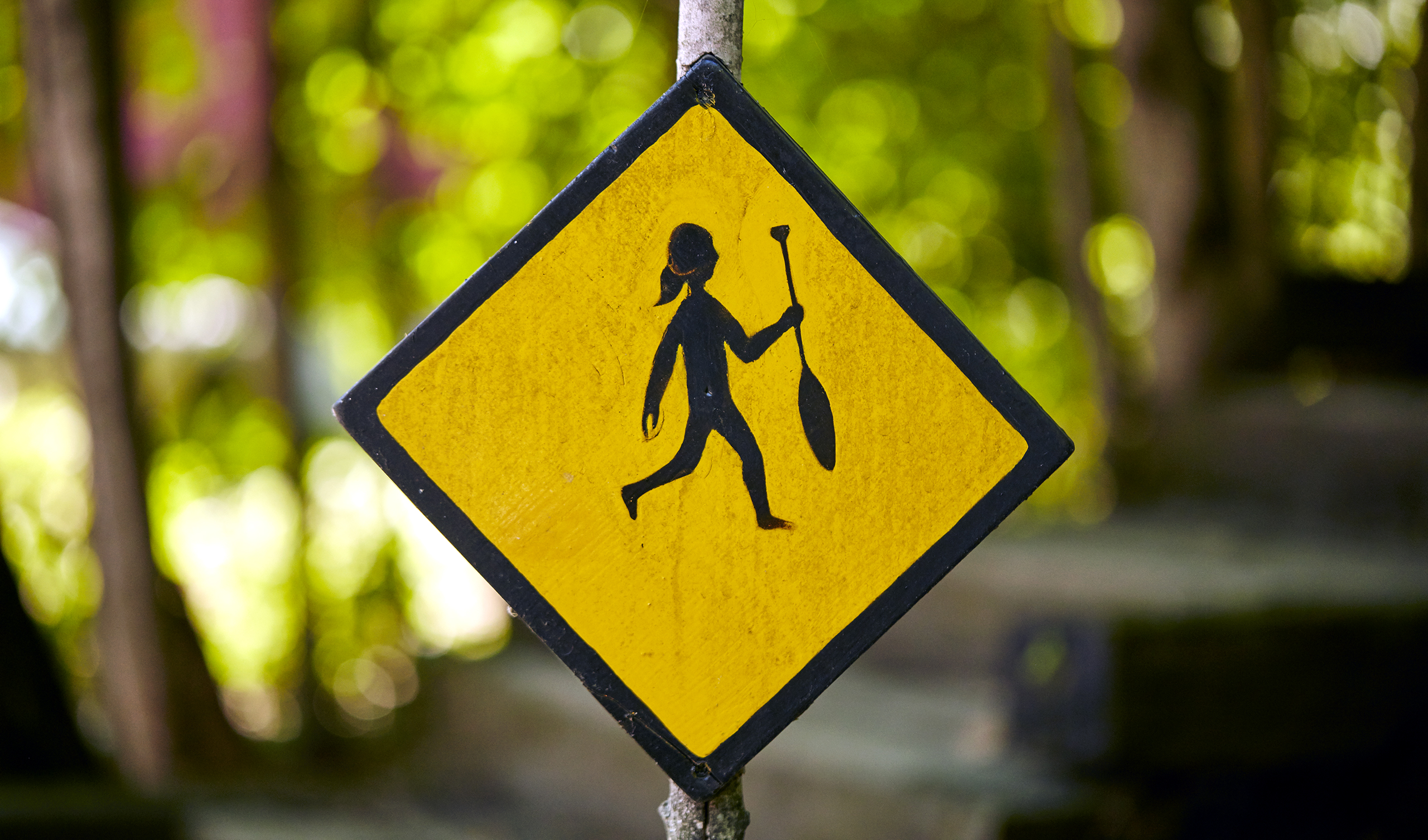 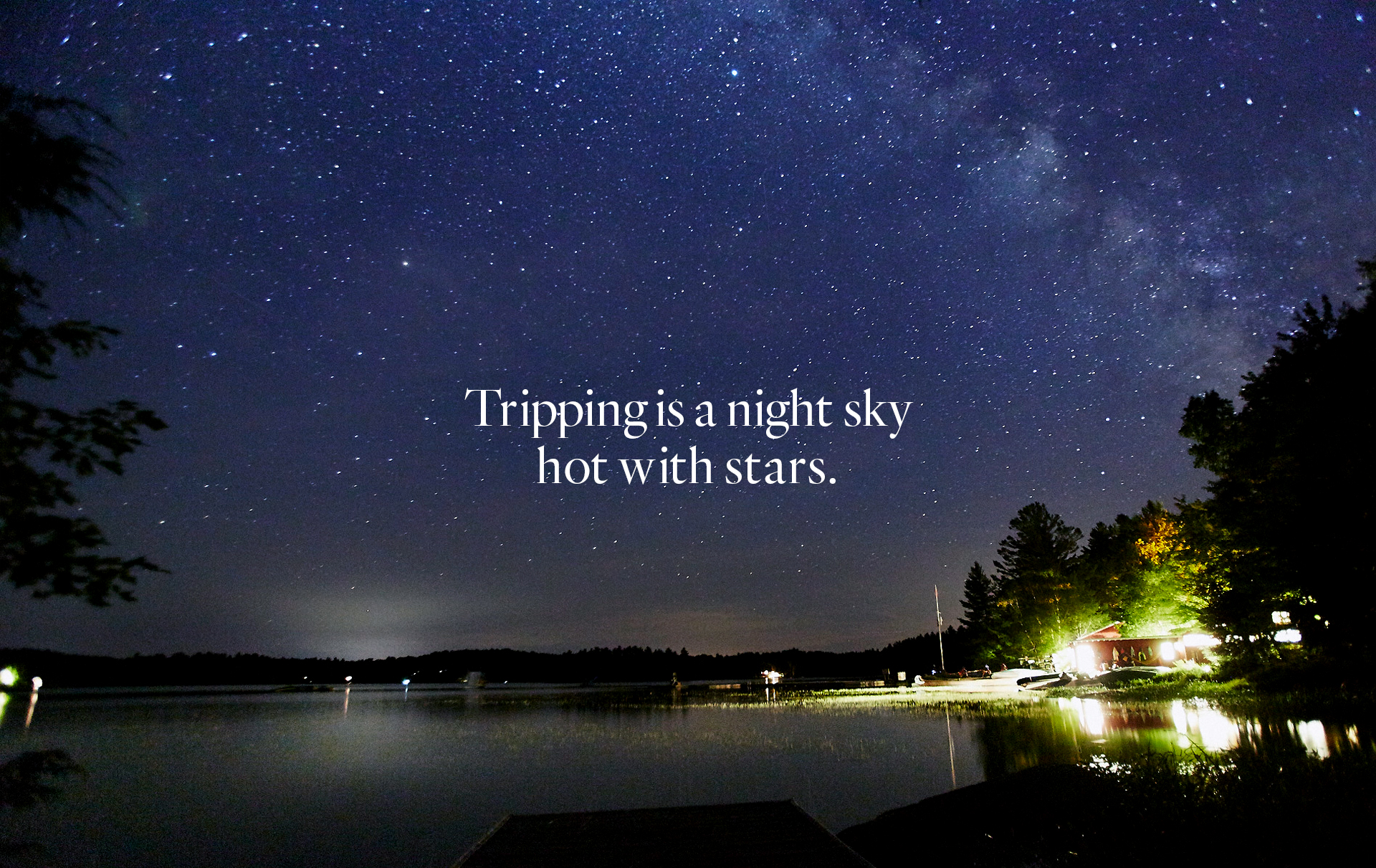 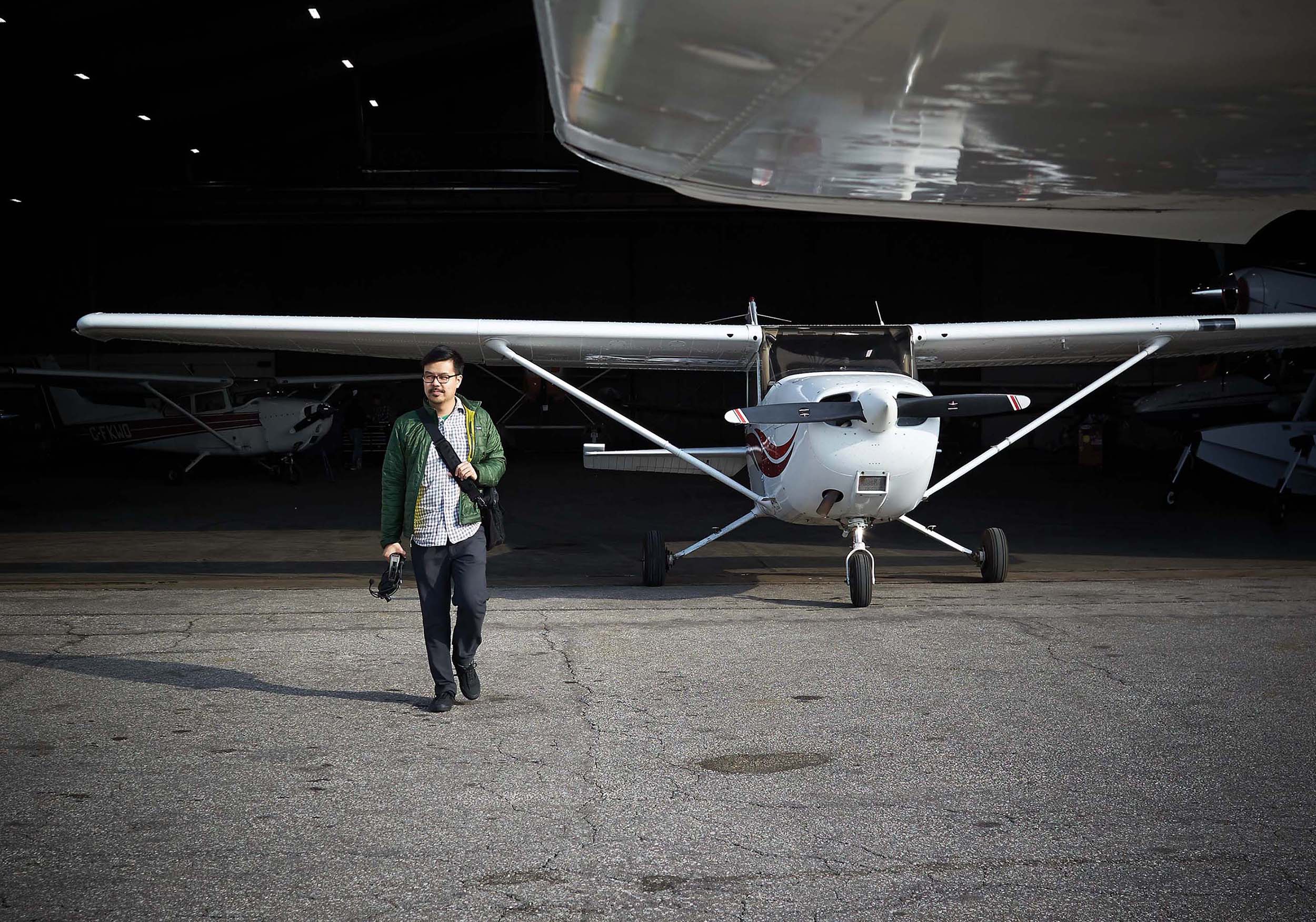