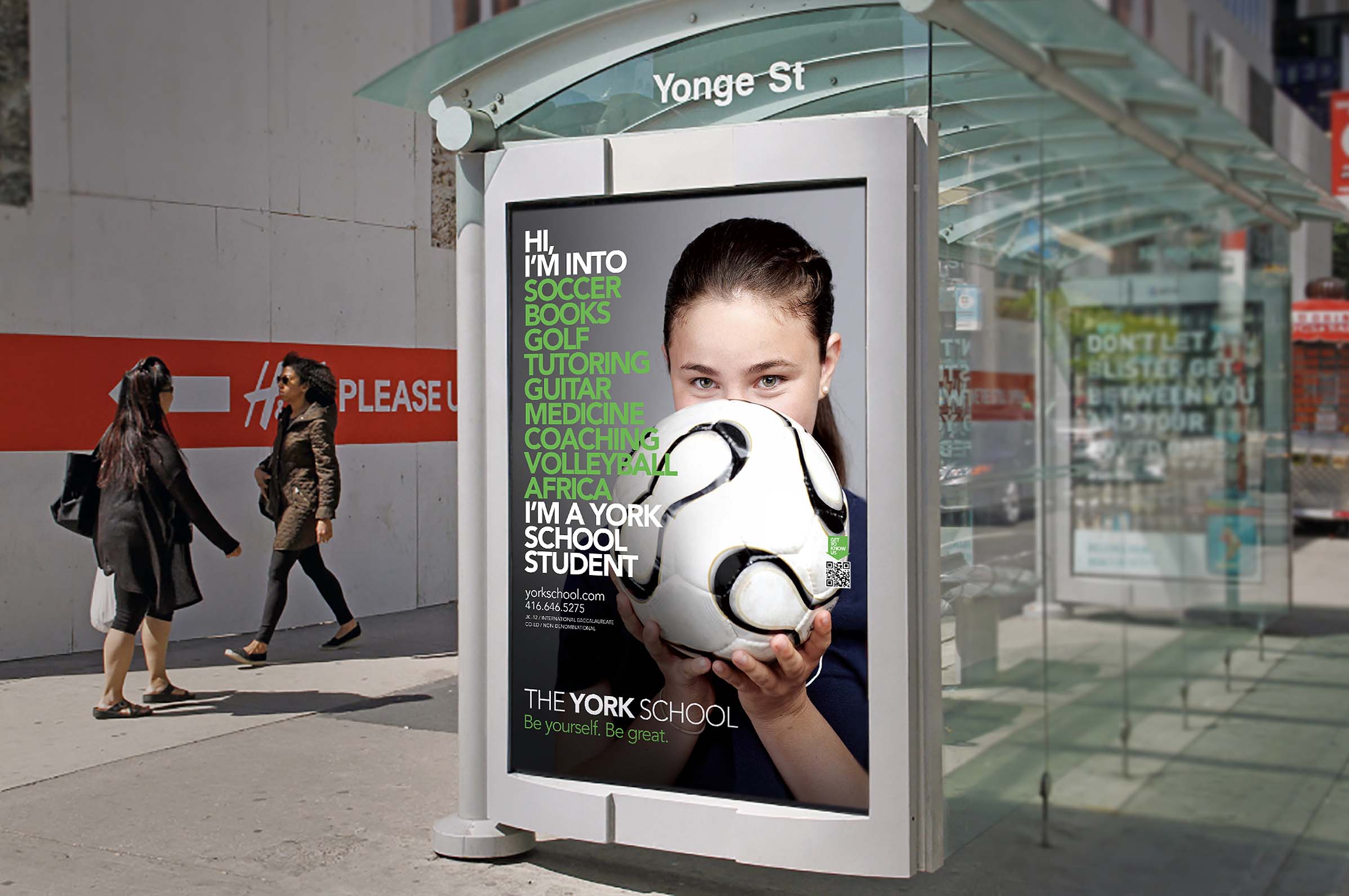 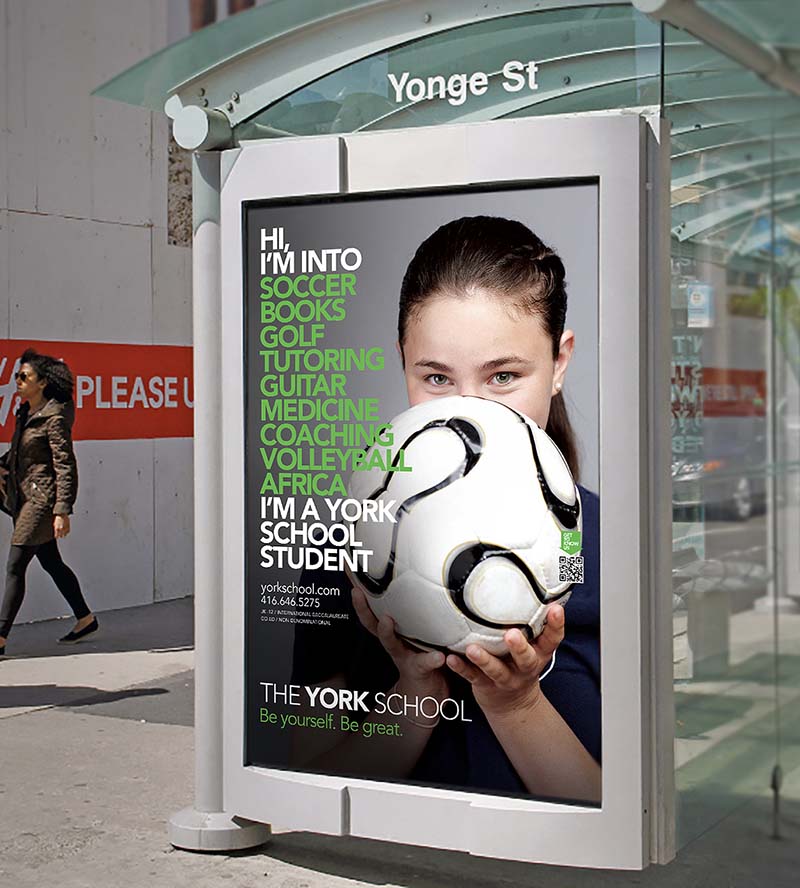 Research uncovered a curious and somewhat derogatory label left by a teen: “York-dorks.” This seemingly inconsequential insight would later be the inspiration of a campaign that would not only reposition The York School, but also help reduce attrition and expand enrolment. What “York-dorks” revealed was a misconception in the market around what kind of school York was. Even though the School enjoyed a reputation for academic excellence, the target audience—middle-school-aged kids—weren’t so impressed. For this audience, academic excellence translates to imprisonment by homework. Likewise, it was reasonable to believe York School students loved homework, and therefore weren’t very much fun. Unfortunately, this perception also undermined middle and senior school enrolment.

A brand campaign expands enrolment & reverses attrition—It was clear our primary target audience would be middle-school kids, not parents. Unlike the junior school market where parents choose the school, middle-school parents collaborate with their kids, often leaving them to make the final choice.

You can’t build a connection with an audience of teens through an institutional voice. To persuade middle-school kids that The York School offered a positive experience, the only credible voice would be a peer. In fact, the students became both the voice and the content of our campaign. Energized and confident, these kids are proof of a school culture that respected individuals and their potential.

The power of relatability—The “Be Yourself. Be Great.” campaign was founded on the profiles of six York School students. Each expressed their individuality through a list of their passions—favourite subjects, books, movies, TV shows, music, sports, hobbies and ambitions. Far from being ‘dorks’, these kids were real people. They led engaging lives, sharing passions and interests with their peers. They were relatable.

It was a simple solution that not only spiked requests for prospectuses by 600% after the campaign was launched, but also repositioned the brand forever, helping set the stage for the school’s rise to become a leading independent co-ed school. ⬤ 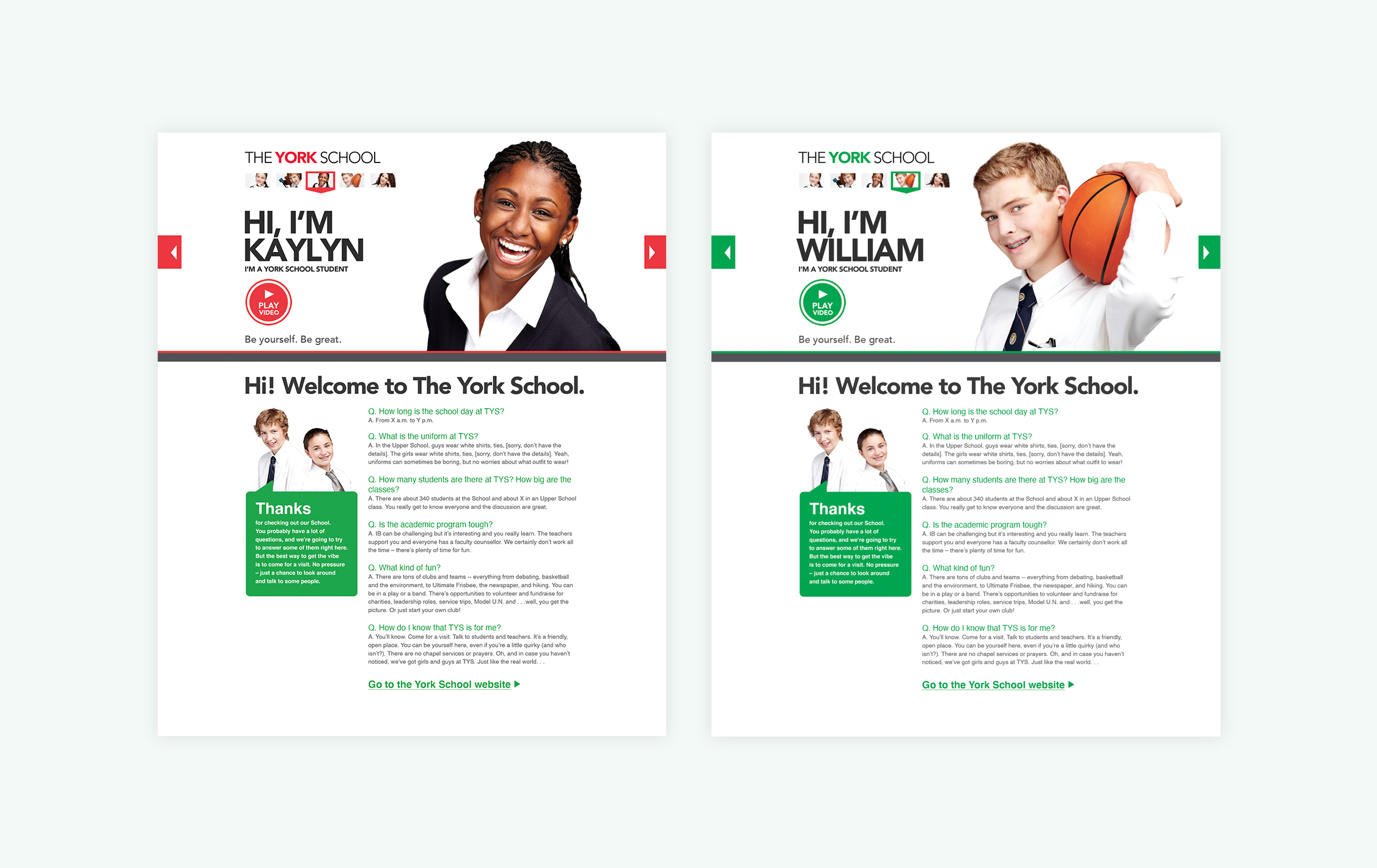 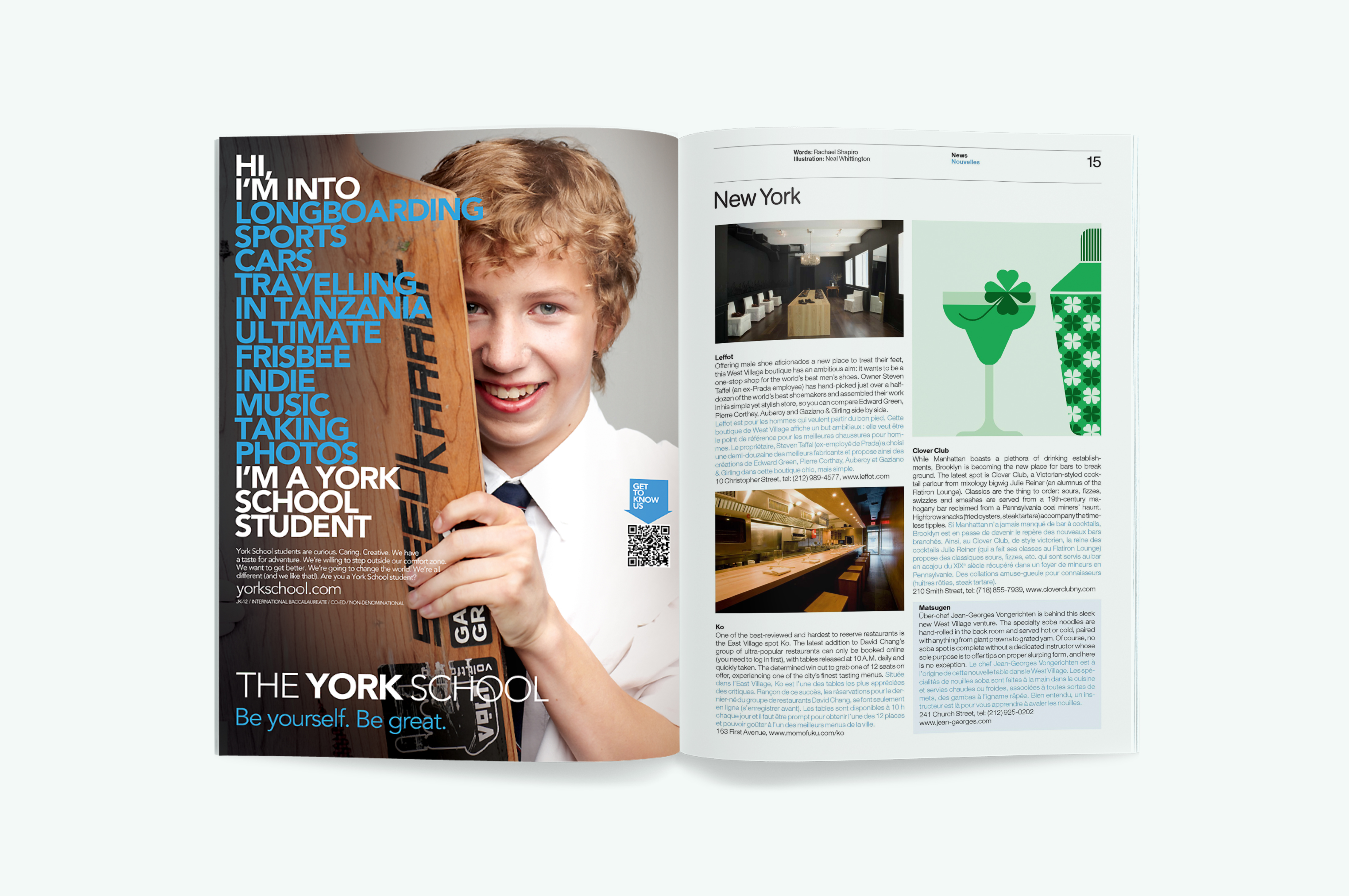 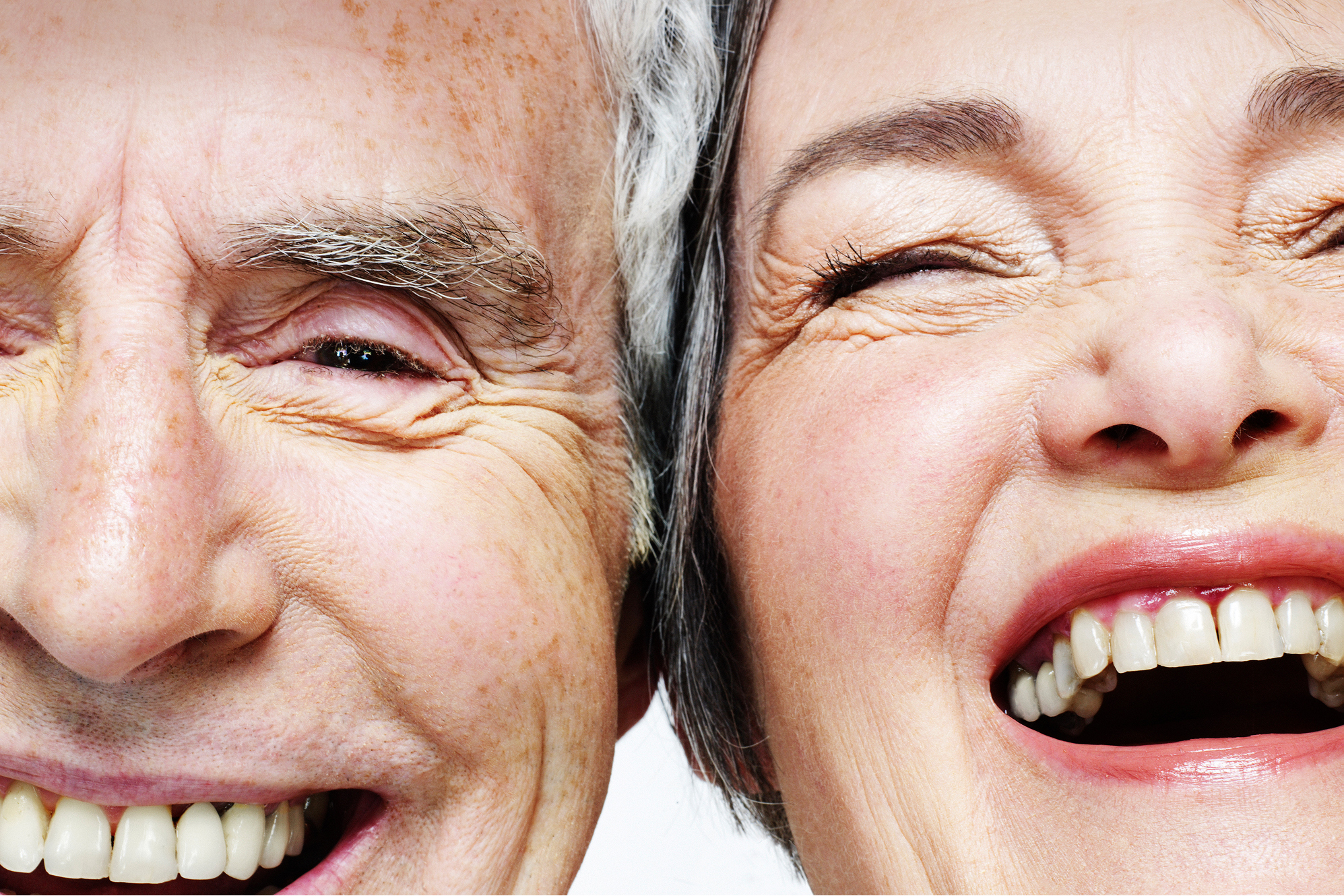